Spotting or light bleeding during the first 3 months of pregnancy is not the case of concern. About 20-30% of women experience bleeding in early pregnancy. Hemorrhage of some severe degrees in first half of pregnancy should be medicated properly.

However, bleeding during the last 6 months is also of serious consult. Women should be alarmed in every situation because it’s for the sake of their life and their baby’s life.

Some Basic Instructions in This Case

Bleeding During First Half of Pregnancy

Bleeding during the first 3 months of pregnancy from the vagina (musculartube leading from the genitals to the cervix of uterus) is not the cause of serious concern. This bleeding is commonly light or spotted form, but if the women notice heavy bleeding it should be concerned by the health care physician immediately.

There are many causes of vaginal bleeding. It could simply be the implantation indication or some serious disease, or it couldn’t be of any reasons.

Implantation bleed is just like spotting or very light bleeding which occur just after six to twelve days of pregnancy. It happens when the embryo comes to attach the lining of uterine wall. The implantation bleed is the indication of connection which is not a condition to concern. 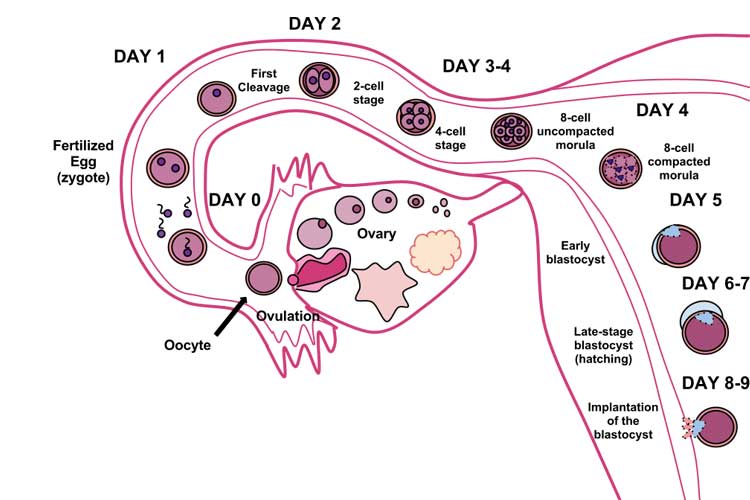 It occurs on the same days of menstrual cycle period, sometimes women take it as their normal menstrual cycle and couldn’t recognize is that they are pregnant. It lasts for few hours to few days.

Miscarriage can because due to different reasons. It could be a result of any trauma that the pregnant women experienced, or it could be any serious nervous tensions.

It could be simply the way of your body, dealing with an unhealthy pregnancy which is fatal and not developing. Miscarriage is not something a mother does that result in miscarriage.

After all, the miscarriage can’t be prevented. Women who want their pregnancy as healthy as required, then they should avoid smoking, alcohol, and other drugs. They should maintain their proper diet before the pregnancy to meet the body requirements. 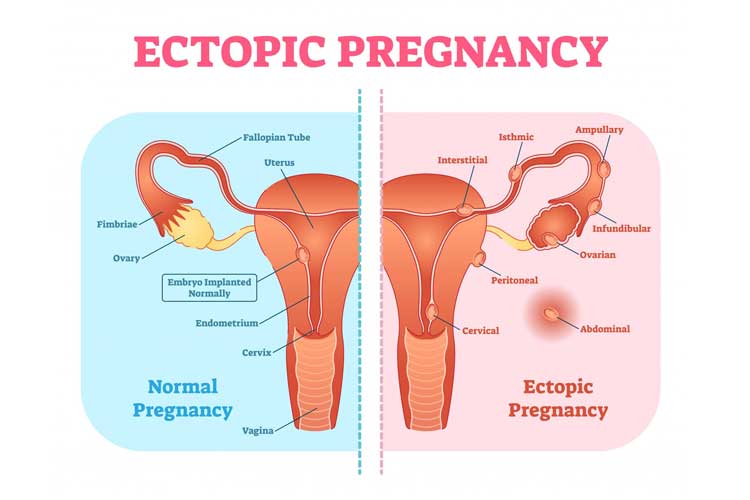 Ectopic pregnancy which is also called “Tubal pregnancy” is the pregnancy in which the unfertilized egg implants somewhere outside the uterus, most often it implants in the Fallopian tube.

After the tenth week of pregnancy this causes pain and bleeding through the vagina because the fetus may burst the fallopian tube which could be life-threatening to the mother also.

However, the egg doesn’t fertilize more than ten weeks and dies due to the shortage of nutrients. 2% of the pregnancies experience ectopic pregnancy. 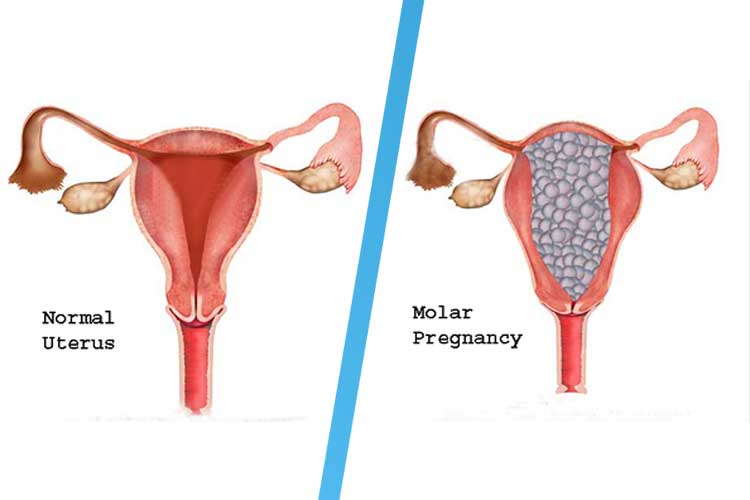 Molar pregnancy is also referred to as the “Gestational trophoblastic disease,” in which the growth of fetus is replaced by the growth of tumor cells in uterus, which sometimes become cancerous.

Ultrasound can locate this pregnancy in which the fetus may present and fertilize with many baby defects, or the growth is inhibited by the growth of abnormal tissues of uterus. 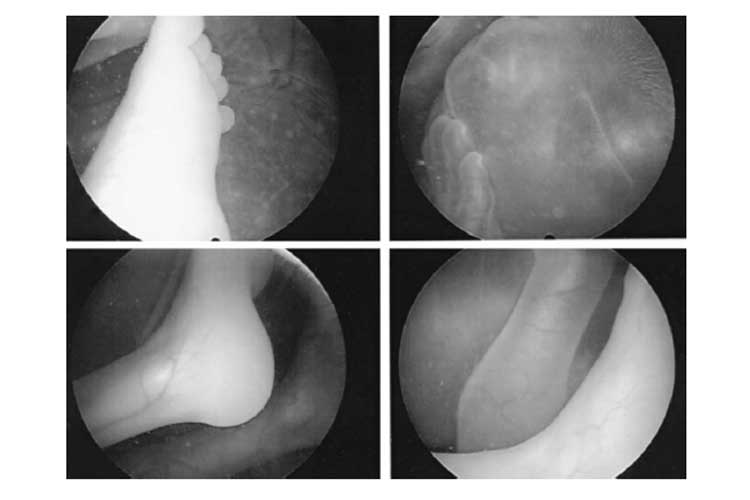 Fetal demise is also termed as the “Embryonic development,” in which the fetus inside the uterus dies. It does not require a particular reason for the demise.

However, the ultrasound can help the mother knowing about the demise. Apparently, having sex, lifting the weight and nervous stress can’t be the one that causes the demise.

Postcoital bleeding is not the bleeding to concern. Normally some women bleed after the sexual intercourse. It is due to the contact the cervix that causes bleeding. 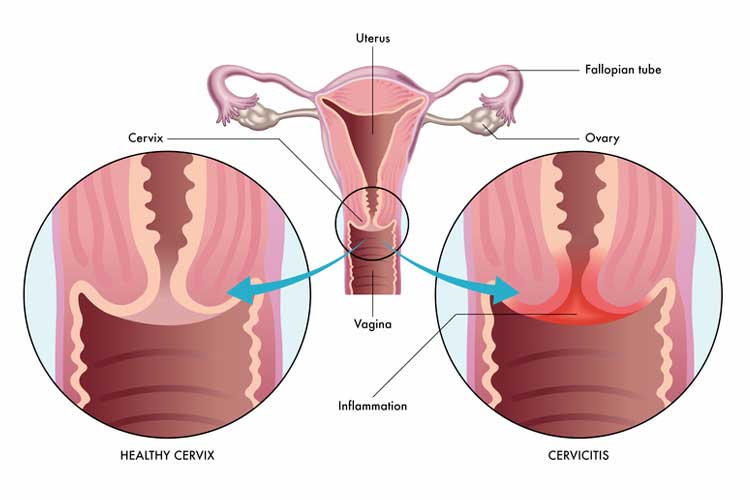 Sometimes the vaginal bleeding is not the indication of any problem to pregnancy but due to some other reasons including infections to any of the organ or tube or tear to the vaginal wall cause bleeding.

Bleeding During 2ND And 3RD Half of Pregnancy

Experiencing blood refers that the placenta is having a serious problem. Bleeding during late pregnancy could be a symptom of having one of these problems: 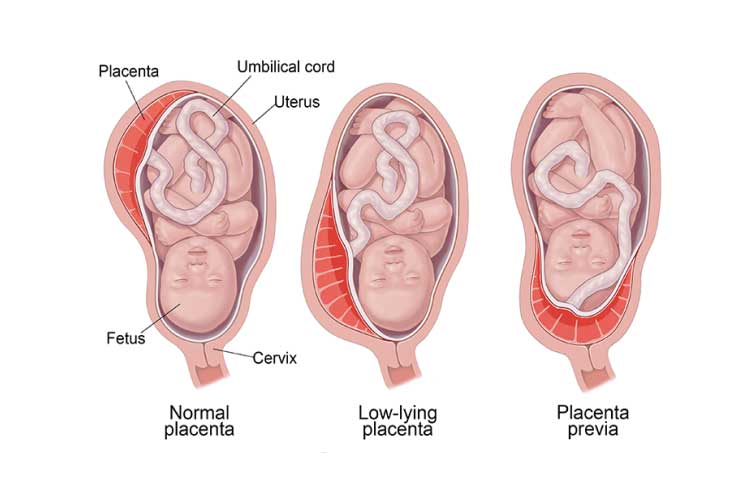 It is the fresh red bleeding which is the result of partial or overall covering of cervix with the placental tube when the cervix thins and dilates for the preparation of labor some of the tissues of placenta ruptures.

Mostly the bleeding occurs without pain. It needs immediate medical attention. Out of every 200 pregnancies 1 mother experience placenta previa 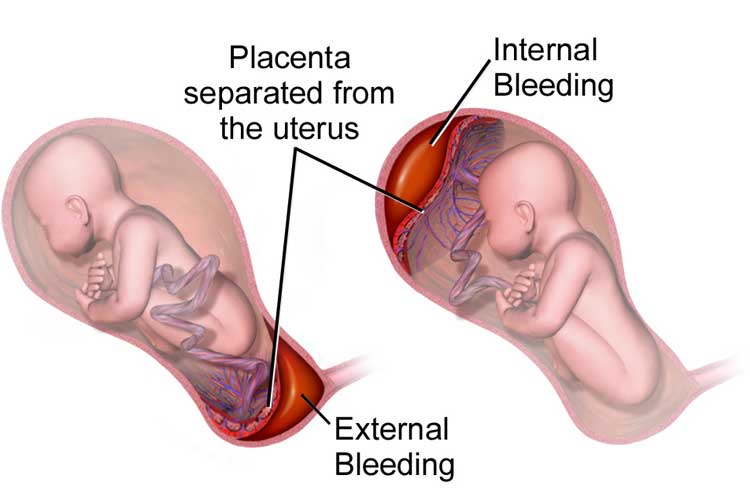 It is fatal condition, death-bringing to mother or baby. It usually followed by abdominal pain with clots from the vagina and vaginal bleeding.

It is a rare condition in which the blood vessels develop around, from the opening to the birth canal. It could be fatal for the baby during labor causing fetus out of oxygen or cause the fetus to bleed severely. 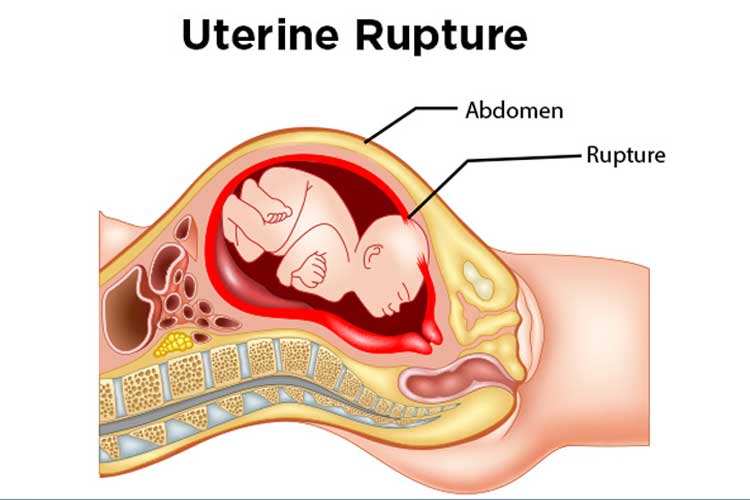 A condition in which before or during labor the previous C-section cut brought open and cause severe pain and bleeding. It could be life-threatening to the mother or baby. Sometimes it’s not the C-section cut but the uterine surgery cut that cause cut to reopen. 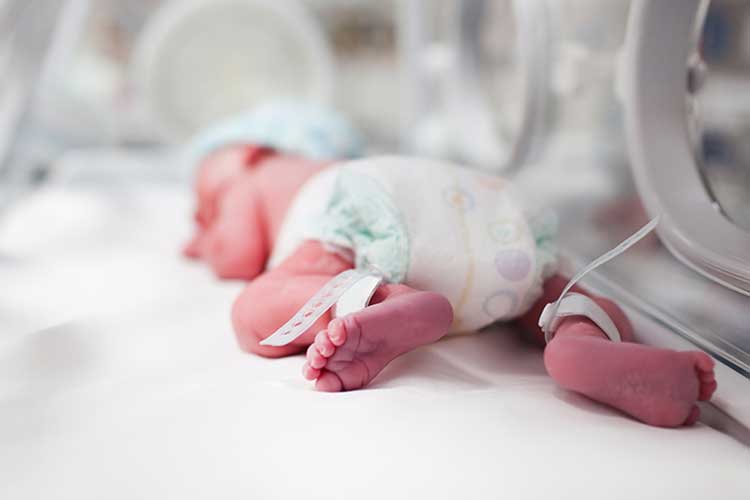 Vaginal bleeding could be a sign of premature labor, it could occur before a week of labor. The physician must be consulted immediately.

These all are the causes of bleeding during pregnancy. A heavy bleed is not the common case consultant should be consulted immediately.

In the second and third half of pregnancy women should be prepared for every emergency. It would help them to tackle themselves in every situation with normal heart rates and blood pressure rate.

10 Signs for a Corrupted Marriage